V is the social media king 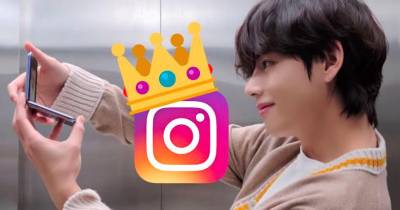 KOREAN sensation BTS has once again made history by setting an all-new record. Upon joining Instagram on Dec 6, the boy band broke the record for being the fastest users to reach one and 10 million followers on Instagram.

Member V in particular is primarily responsible for this incredible milestone.

“[V] led the charge in terms of follower count, breaking the record for the fastest time to reach 1 million followers on Instagram in just 43 minutes,” said Guinness World Records via their announcement.

Along with other members, V’s account, @thv, amassed one million followers just after 43 minutes of going live. The record-breaking streak continued as more ARMYs followed his account.

This resulted in him being the fastest user to gain 10 million followers in just 4 hours and 52 minutes.

While V lead in the numbers, he and members – RM, Jin, Suga, J-Hope, Jimin and Jungkook – all now have over 20 million followers on Instagram.

Apart from this remarkable achievement, the band has also broken other records this year. Their single Butter broke five world records across Youtube and Spotify.

One is the most viewed music video in 24 hours and the most streamed track on Spotify in the first 24 hours.

Thanks to their popularity, the group has also been added to the Guinness World Records 2022 Hall of Fame.