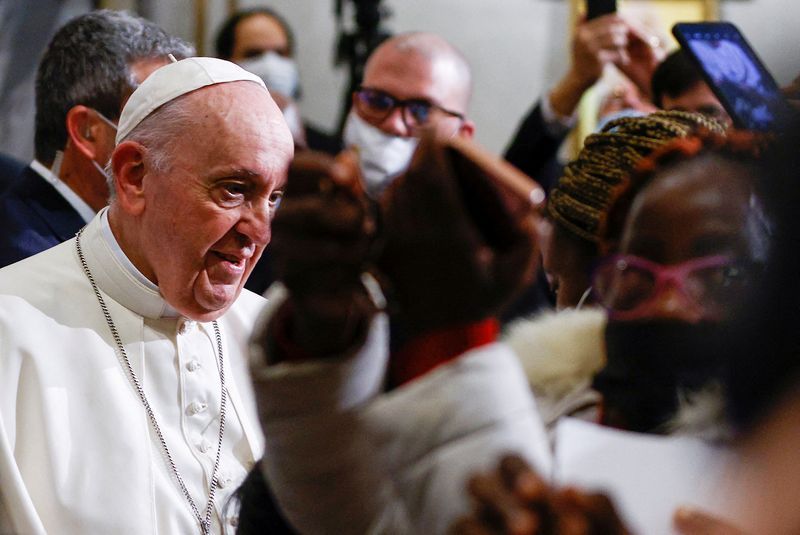 VATICAN CITY (Reuters) -The Vatican on Saturday warned conservative Roman Catholics who have balked at Pope Francis’ decision to restrict the old traditionalist Latin Mass that they were sowing division and engaging in “sterile polemics”.

The Vatican department overseeing sacraments and liturgy issued a directive in response to bishops’ requests for clarification following a document in July in which Francis overturned decisions by his two predecessors and tightened access to the Mass.

Since July some conservatives, including bishops, have openly defied the pope, resulting in the latest chapter of what some have dubbed the Church’s “liturgy wars”.

Religious conservatives in the United States in particular have used the Latin Mass debate to align with politically conservative media outlets to criticise the pope over a host of other issues such as climate change, immigration and social justice.

“As pastors we must not lend ourselves to sterile polemics, capable only of creating division, in which the ritual (the Mass) itself is often exploited by ideological viewpoints,” Archbishop Arthur Roche, head of the department, wrote in an introductory letter to the responses to 11 questions.

Saturday’s document said conservatives who favour the Latin Mass cannot use such a sacred part of Catholicism to deny the “validity and legitimacy” of the reforms of the 1962-1965 Second Vatican Council, which included an opening to the modern world and dialogue with other religions, particularly Judaism.

It also made clear that pre-Vatican II Latin rites should not be used for other sacraments, such as confirmation.

Joseph Shaw, chairman of the Latin Mass Society in Britain said in a tweet that the document “will have serious negative consequences” and drive Catholics who want to remain in unity with their bishop to join extremist groups.

Before the Council, Catholic Mass was an elaborate ritual led in Latin by a priest facing east with his back to the congregation. Vatican II modernised the liturgy, including more active participation by the congregation, and had the priest face the faithful to pray in their local language.

Traditionalists, who are a small but very vocal minority in the 1.3 billion-member Church, have rejected the new Mass, which is known as the Novus Ordo and entered into general use in the early 1970s. Many missed the Latin rite’s sense of mystery and awe and the centuries-old sacred music that went with it.

Both former Pope Benedict and Pope John Paul II had relaxed restrictions on the Latin Mass in an olive branch to conservatives.

In re-introducing the restrictions in July, Francis said his predecessors’ leniency, while well-intentioned, had been “exploited” for ideological reasons.