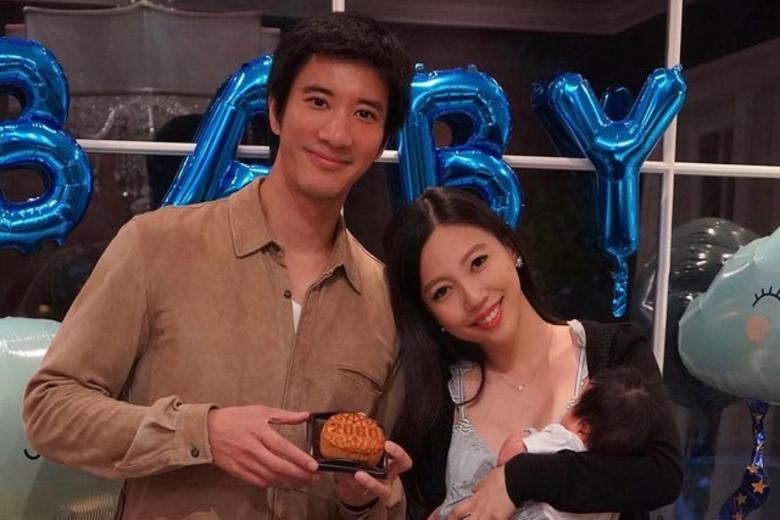 Taiwanese-American singer Wang Leehom’s former wife – Lee Jinglei – took to social media late on Friday night (Dec 17) to accuse him of various misdeeds throughout their marriage, including multiple infidelities, soliciting prostitutes and being verbally abusive and bullying towards her.

The nine-page bombshell of about 4,500 words comes just two days after Wang, 45, announced his split from Lee, 35, on Wednesday.

Without naming any names, Lee described how Wang maintained several “friends-with-benefits” relationships with women after their marriage. Some of these relationships even began before they married.

She added that Wang frequently solicited prostitutes and even kept a log documenting the traits of the prostitutes he requested. “You admitted you had a problem, that you can’t control yourself. I asked for a break-up and you called me on the phone for several weeks, promising you’ll never do it again. You said that from now on, I’m your ‘one and only’,” she wrote, referencing one of Wang’s most famous ballads – The One and Only.

Lee also recounted what happened when she first got to know him at 16.

Wang, who is 10 years her senior, was 26 then. She said that though she was underage at the time, Wang had asked for her phone number and called her pretty and flirted with her, talking to her on the phone for more than an hour and wooed her while he was still attached to another girlfriend.

She said he later went on a date with her and they became intimate. “Because you’re an idol with such a positive image, I had no doubts about you. We were together and we slept together. But the next morning you told me you don’t want to be in a relationship.”

Lee said she began dating Wang, just not in name, and later found out he maintained many similar relationships in different cities.

On her marriage, she lamented how Wang and his family forced her to sign an “unfair” pre-nuptial agreement and remained suspicious of her taking advantage of Wang throughout their time together. Lee says she gave up her career and life to be a stay-home mother as Wang was eager to have kids. Lee, who is Asian-American, gave birth to their three children – two daughters and a son – in the span of four years. Their children are aged three to seven.

Lee said she stayed with Wang nonetheless and gave up hopes that he would change, only to be forced into divorce. She recalls: “You asked for a divorce. You said if you meet a woman you love, you don’t want her to be deemed a mistress. When I refused, you used all means and ways to verbally bully me, humiliate me and spread rumours about me to our friends and relatives.”

She also lamented Wang’s handling of the divorce announcement. She said he promised to protect her from the media fallout but kept mum when the Taiwanese media speculated that the two split due to Lee’s strained relationship with Wang’s mother. Yet, when Wang was accused of cheating on Lee with Singaporean twin pop duo BY2 member Yumi, he swiftly denied the allegation.

Netizens have already begun pointing fingers at celebrities who might have been referenced in the post. Lee mentioned that Wang was once a sexual partner to a now-married woman. The woman requested that he lie about their history to her husband. She was also invited into the couple’s home, despite Lee stating that she is uncomfortable with the pair’s intimate past. Lee added that Wang “rushed to meet her at her home, knowing it’s against the regulations”.

In September, Wang attended a gathering hosted by singer-actress Vivian Hsu, which breached Covid-19 restrictions. Hsu has strongly denied all implications that she is involved in Wang’s affairs.

Near the end of the post, Lee seemingly made a vague reference to Wang’s sexuality. Before they got married, Wang was mired in homosexuality rumours.

She said: “I hope we can both be reborn and live our lives in peace. I hope you can remedy your bad habits and focus on your music. Fame, money and your numerous affairs won’t bring you happiness. It’ll only push you towards an abyss.

“And I hope you can be honest with yourself and ignore conventions and society’s judgment. Be with someone who is right for you.” – The Straits Times/Asia News Network