What Is Whale Vomit? Terengganu Woman Finds 5KG Of This ‘Floating Gold’ While Fishing 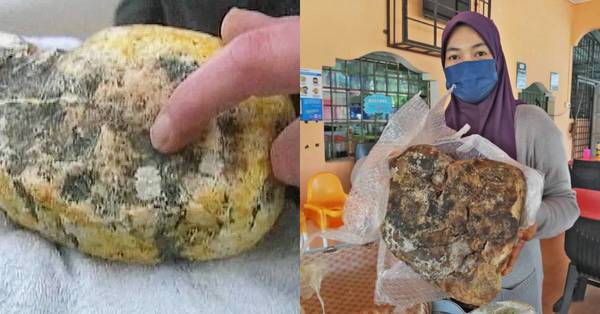 According to The Conversation, the reason why ambergris is so highly prized is because of its rare origin.

Ambergris is a product that can only be made in the digestive tract of sperm whales, an endangered species.

As squid is the main diet of sperm whales, their bile ducts have been adapted to produce a compound called ambrein to ease the passage of hard, sharp squid beaks that they usually consume.

The digested product, once expelled — either as faecal matter or by regurgitating, hence the name — floats in the ocean and slowly loses its water-soluble faecal material over time. What’s left behind is the solid, waxy substance called ambergris.

With months to years of degradation and oxidation in the ocean, it is said the longer ambergris floats at sea, the sweeter and more oceanic is its aroma.