Worker killed after car rams into furniture shop in Ampang 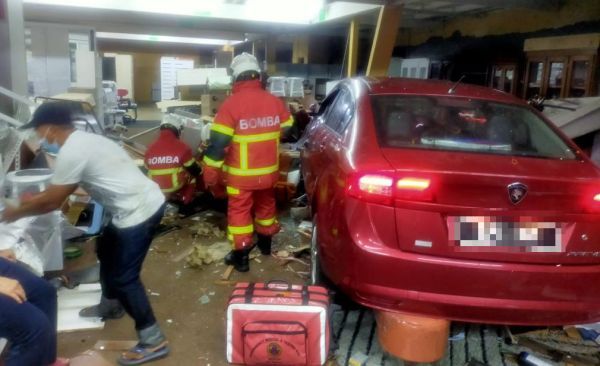 AMPANG: A worker was killed when a car rammed into a furniture shop along Jalan Lingkaran Tengah near Kampung Pasir here.

Ampang Jaya OCPD Asst Comm Mohamad Farouk Eshak said the driver lost control of the vehicle and rammed into the shop at about 6.15pm on Sunday (Nov 21).

“Initial investigations revealed the 36-year-old driver blacked out, causing him to lose control of the vehicle. The driver is unhurt but a worker at the premises, in his 20s, died while receiving treatment at Hospital Ampang,” he said.

When contacted on Monday (Nov 22), ACP Mohamad Farouk said that samples of the driver’s urine and blood had been taken for analysis, and that tests found that he was not under the influence of alcohol.